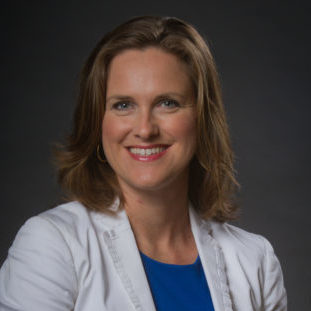 Amy Baldwin is a world-renowned pioneering educator and educational entrepreneur. She wrote the first, groundbreaking student success textbook for community colleges and for first-generation students. As a result of her work and thought-leader role with national initiatives such as Complete College America, Achieving the Dream, and the Developmental Education Initiative, she has become one of the most sought-after keynote speakers and workshop facilitators on student success and engagement topics. After 18 years as an award winning community college professor, she now serves as Director of University College at the University of Central Arkansas. She is committed to and gained considerable acclaim for her efforts toward helping students get in, get through, get out, and get paid.

In addition to working as Director of University College at UCA, she completed her Ed.D. in higher education administration at the University of Arkansas at Little Rock. The focus of her research is on African-American male student success at the community college. From 2011-2013, she directed the Complete College America grant for nine institutions in Arkansas.

Amy has presented over 100 conference presentations, pre-conference and in-service workshops, and keynotes on student success topics including student engagement, social media, college culture and transition, critical thinking, and academic success. Her trade-marked t-shirt “It’s in the Syllabus” received mention in an Inside Higher Ed article in October 2013, and her “It’s in the Syllabus” mantra continues to inspire faculty and staff to help students learn how to be successful in college and hold them accountable for that success.

Amy and her husband Kyle live in Arkansas and have two children, Emily and Will.